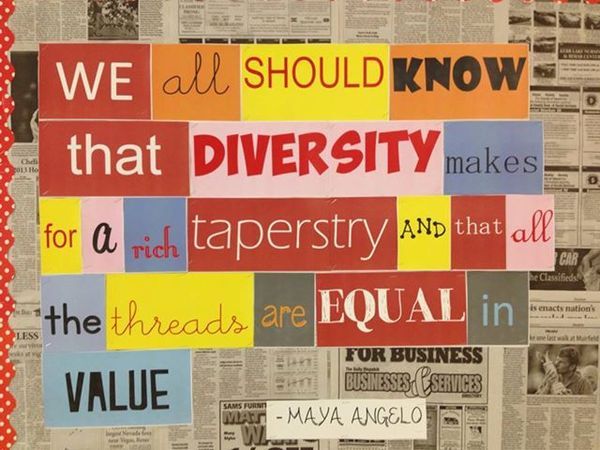 Now there are diversities of gifts, but the same Spirit (1 Corinthians 12:4).

When I was in fourth grade, I was sent to the central office one day for a battery of tests. I remember I had fun playing with some blocks, but that is all I remember. Afterwards, I was sent to a special "gifted" program at a different school, away from my best friend. Apparently, I was gifted, and she was not.

While I enjoyed the extra challenges and special programs at the new school, I missed my buddy, terribly. However, when we entered seventh grade, suddenly, there she was beside me again! Apparently, some new neurons had formed, and sometime between fourth and seventh grade, she, too, became gifted!

Many years later, I was homeschooling my kids, while working on a Ph.D. A fellow teacher was doing a research project on intelligence, and asked me if she could give an IQ test to my two oldest children. I agreed, and watched from behind a hidden window. The first half of the test looked more like an achievement test to me; the second involved manipulation of blocks. My kids did great on the verbal part, but when it came time to manipulate blocks, they basically played with them like their mother before them, having no concept of being timed whatsoever. Afterwards, the researcher came out and excitedly declared that my children were both gifted and learning disabled, because of the huge discrepancy between the scores. I just smiled and declined the offer of special help.

Obviously, I’m not a fan of special labels, especially ones that are based on specific tests. As a popular cartoon points out, if you test an elephant on his ability to climb a tree, he won’t do as well as his monkey friends.

In reality, we are all gifted! Some are gifted in academic pursuits, while others have a different special talent. Howard Gardner wrote about this in the book, Frames of Mind: The Theory of Multiple Intelligences, in 1983. He proposed that there are actually several areas of gifts.

The first one is verbal/linguistic, which is usually the one that winds up testing "gifted" in our society. The second, also highly valued in academia, is "logical/mathematical." However, there are a lot of other areas in which a student can be gifted!

For example, there are the musically and/or visually gifted, as well as those with special talents in areas like bodily/kinesthetic, interpersonal, intrapersonal, and naturalistic intelligences. The visual student may excel in the graphic arts, the musical genius will show his talents in that arena, and the bodily/kinesthetic one will excel at sports and physical fitness. Interpersonal intelligence is present when people have a talent for dealing with others. The person who possesses intrapersonal intelligence tends to be introspective and self-reflective, all qualities that would be great in a philosopher or author! The naturalistically gifted person does best in the out-of-doors, classifying natural forms, such as animals, plants, rocks, or geologic formations.

A popular television series centers around the antics of four "geniuses" who are scientific/technological "geeks," undoubtedly gifted in both verbal and mathematical areas, since they do well in the world of university research. The girl who lives across the hall possesses only a high school diploma, and is generally considered much less intelligent. However, she has more common sense than any of the young men in the show, and her interpersonal skills are outstanding. To label the men as gifted while ignoring her talents would be a great injustice!

The Bible says that there is a diversity of spiritual gifts given to people, and that they are all valuable in the body of Christ (1 Corinthians, Chapter 12). In the same way, there are a diversity of gifts in areas outside the purely spiritual realm. In our society, we need the mechanics, the musicians, the artists, the counselors, the personal trainers, and the forest rangers just as much as we need the literary geniuses and the gifted mathematicians. Labeling some students as gifted just because they do well on one particular type of testing, while failing to notice the unique talents of others, is counterproductive and often unfair.

As parents, it is up to us to recognize our children’s talents; to give them plenty of opportunity to develop those gifts; and to provide the support they need to take their place in the larger world when they graduate. Of course, those with specific academic gifts should be given challenging coursework and supported in their pursuit of college and upper level degrees. However, those with talents in other areas may be better encouraged by allowing them to follow their own paths to greatness, with or without college.

You, as the parent, ultimately know your child better than anyone else. The opinions of experts, and the results of tests, should simply be seen as tools to help you make your own decisions about programs, curricula, and future pursuits. Above all, remember this: we are all gifted!

Mary Hood, Ph.D., and her husband, Roy, homeschooled their five children since the early 1980s. All have successfully made the transition to adulthood. Mary has a Ph.D. in education and is the director of ARCHERS for the Lord, Inc. (The Association of Relaxed Christian Home Educators). She is the author of The Relaxed Home School, The Joyful Home Schooler, and other books, and is available for speaking engagements. Contact her via her website, www.archersforthelord.org*

Great reads on this subject:

How Am I Smart? by Kathy Kock

Visit our sponsors! We receive a small commission when you purchase through these links. Thank you, the purchases do not cost you more but help support our business and ministry. We only promote those that we love and believe in!

Top Christmas Gift Picks that Give All Year Long for Homeschool Families
Nov 21, 2022

Should Your Family Celebrate Halloween?
Oct 20, 2022